Is wild camping allowed in Russia?

Yes, wild camping and free standing are allowed in Russia and there is no official ban. Of course, the general rules of conduct for wild camping apply and there are a few guidelines you should follow to avoid getting into trouble with the authorities.

Wild camping and free standing with the motorhome is officially allowed in Russia. It is even allowed to make campfires, except during the summer months and times with an increased risk of forest fires. However, you should keep a few points in mind to avoid trouble.

If you follow the general rules of conduct for wild camping, you should have no problems in Russia.

Rent out your camper on Yescapa! 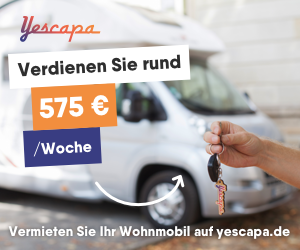 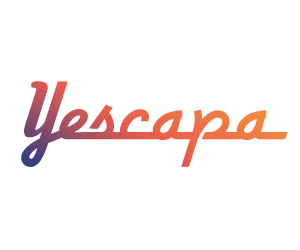 Tips and tricks for wild camping in Russia

Russia is the largest country in the world in terms of area and stretches from Europe to Asia. On a trip through this huge country, you can explore many untouched areas, and thanks to the permission for wild camping you can also spend a night in this beautiful wilderness. However, there are a few points you should consider.

Animals
When choosing your seat, make sure not to disturb animals. In addition to reindeer, lemmings, and oxen, you can also find bears, snow leopards, lynxes, snakes, wild boars, and wolves.

Visa
Entry to Russia is only possible with a valid visa. You have to apply for this visa at an embassy or consulate-general before your trip, as it is currently not possible to apply for it online.

Preparation
Prepare well for your journey, especially in rural areas it can take longer to meet other people again. Make sure you have enough fuel and food.

Roads
Particularly away from large cities, road conditions are sometimes very bad and even dangerous. If possible, you should avoid driving at night on unknown routes and pay special attention to the road surface.

Everyone is probably aware that Russia is huge and can get very cold. Also, everyone has already had some contact with the history or culture of Russia, after all, we have all heard about the one or other tsar or the famous Bolshoi Theater. But what do tsars have to do with forced shaving? And what is it about the Moscow Kuklachev cat theatre? We have put together some interesting facts for you here.

Fact #1 - Neighbouring countries
Russia covers almost 15% of the earth's total mass and, due to its size, has more neighbors than any other country in the world. It has a total of 15 neighboring countries.

Fact #2 - Beard tax
The Russian Tsar Peter demanded a tax on beards from 1698. He wanted to encourage men to shave to look more modern. If they didn't pay, they were forced to shave.

Fact #3 - Kishi Pogost
The wooden church of Kischi Pogost was built over 300 years ago. The special thing? The 35-meter high wooden church was built without a single nail. Today it is a UNESCO World Heritage Site.

Fact #4 - Moscow Metro
Moscow metro stations are among the most beautiful underground stations in the world. They are also known as underground palaces.

Fact #6 - Railway
The probably best known and longest railway line in the world is in Russia. The Trans-Siberian Railway needs 152:27 hours for the 9,200 km long route.

Fact #7 - Flowers
Eyes open when buying flowers: In addition to the right color of the flowers, you should also pay attention to the number. An even number of flowers is only given away at funerals and in case of bereavement.

Fact #9 - Country size
Russia is the largest country in the world in terms of area. It is so large that the landmass of Russia is only slightly smaller than the dwarf planet Pluto.

Fact #10 - Ships for Pepsi
Since they did not accept the Russian currency, the PepsiCo received in the 1980s 17 submarines, a cruiser, a frigate, and a destroyer as payment for the sale of Pepsi.