Is wild camping allowed in Wales?

Yes, wild camping and free standing are officially allowed in Wales. Most of the land is privately owned and the owners allow camping for one night. Even if the residents are very tolerant of wild campers, you should ask for permission beforehand.

If you want to set up camp outside the campsites, you must first obtain permission from the local authorities or landowners.

The Snowdonia National Park, in particular, is open to wild campers, as long as you stay off the beaten track and respect the general rules of wild camping and free standing.

The Brecon Beacons National Park provides a list of visitors to the park who are listed as allowing farmers to camp wild on their land.

Get set for your outdoor adventure! 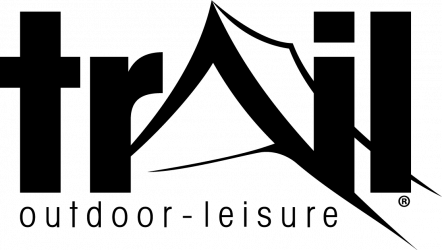 Tips and tricks for wild camping in Wales

The land of dragons has everything to make your camper heart beat faster. Beaches with wonderful cliffs, extensive green areas, and fantastic mountain landscapes. Wild camping is no problem with the permission of the landowners. We have given you some tips on what to visit in Wales and what to look out for.

Use the Wales Ways
The Wales Ways consist of three routes and offer you, according to your preference, a round trip through the mountains (The Cambrian Way), along the coast (The Coastal Way) and through the north with its castles (The North Wales Way).

Go hiking
Not only are there beautiful hiking trails in the national parks, but the Wales Coast Path is also the longest continuous coastal path in the world. On its 1,400 km length, you will find quiet bays, rugged coastlines, and quiet bays.

Weather
Wales has a temperate maritime climate. For this reason, the summers are mild and the winters only moderately cool. Since the temperatures do not vary as much as in other countries, a visit in the low season is no problem.

Caution in the country
The roads in Wales are very well developed and clear. But if you are traveling in rural areas, you should pay attention to animals on the road, as there are often no paddocks and the animals run around freely.

Wales is beautiful, lies west of England, has a dragon on the flag, a place with a very long name and is home to Gareth Bale. But that's all many people know about Wales. To give you a little more information when you visit this enchanting country we have compiled some facts for you here.

Fact #1 - Llanfairpwllgwyngyllgogerychwyrndrobwllantysiliogogogoch
That's the name of a small village in Wales. With 58 letters it is the longest place name in Europe. The short form is Llanfair PG.

Fact #2 - Mount Everest
Mount Everest was named after the Welsh George Everest, who was the leader of the trigonometric survey of India.

Fact #3 - Mud snorkeling
When snorkeling in mud you have to snorkel with flippers through a 55 m long moor ditch. But swimming is forbidden.

Fact #4 - Population
Wales has about 3 million inhabitants, but 12 million sheep. So you will probably meet a sheep rather than a person during your journey.

Fact#5 - Ace of Spades
"Ace of Spades" by Motörhead is sung by a children's choir in Anglesey secondary school in honor of Lemmy Kilmister. It was the last school he attended.

Fact #6 - Merlin comes from Wales
The mythical wizard is probably based on one of two persons: Myrddin Emrys or Myrddin Lailoken. Both are said to come from Wales.

Fact #7 - Castles
Wales is said to have more castles per square kilometer than any other country in the world. So there is a lot to explore.

Fact #8 -Corgis
Corgis come from Wales and are called Welsh Corgi Cardigan. It comes from the Welsh word cor-ci, which means dwarf dog.

Fact #9 - The Union Jack
Although Wales is part of the United Kingdom of Great Britain and Northern Ireland, it is the only Member State not to be represented in the Union Jack.