Is wild camping allowed in France?

No, wild camping and free standing are not officially allowed in France. In some regions, however, camping and bivouacking on roads, parking lots and private properties is permitted with the permission of the local authorities.

In tourist centers and national parks, wild camping and free standing are regularly checked and, in the worst case, can be punished with fines of up to 1.500 €. In rural areas, away from the tourist centers, people are more tolerant of wild campers. You can also find private landowners who allow overnight stays on their land.

There are some exceptions and areas that allow wild camping.

Also, some municipalities provide pitches on sports fields or similar areas. These municipalities can be identified by signs with the words: "Camping reglementé, s´adresser á la mairie." In such municipalities, you have to ask the mayor for a pitch. 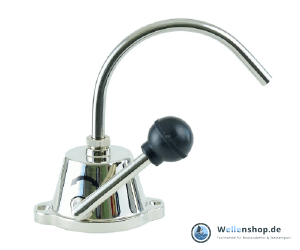 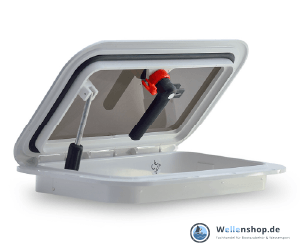 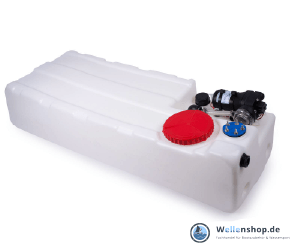 Tips and tricks for wild camping in France

France is the most popular tourist destination in the world and is visited by millions of tourists every year. France is also one of the top three destinations for campers. When camping in the wild, however, there are a few rules to follow to avoid problems with the authorities and residents. We have put together four tips to make your trip through France easier.

Bivouacking
Even though wild camping and standing free in the national parks are strictly forbidden, it is still allowed to bivouac in the parks from 7 p.m. to 9 a.m. At the entrances of the parks, signs or lists indicate areas where bivouacking is forbidden. In most cases, these areas are at the borders of the national park. The general rule is that the walk between the park entrance and the sleeping area should be one hour.

Pay attention to season and region
In high season and regions heavily frequented by tourists, police checks are carried out more frequently, and bans are enforced more strictly. However, if you travel outside the high season and visit rural areas, the inhabitants and policemen are more obliging and tolerate your stay.

Not camping, but staying overnight
The French Tourist Board has stipulated that motorhomes and campers may be parked wherever generally permitted, as long as their size does not affect the traffic overview. This permit is valid for up to seven days, and overnight stays in the vehicles are permitted. However, You can not show any camping behavior. Tents, tables, chairs, umbrellas, or the extension of the awning are therefore not permitted.

Items to carry
If you are traveling in France in a motor vehicle, you must carry a few things with you to avoid penalties in the event of a police check. In addition to the warning vest and warning triangle, you have had to have a breathalyzer with French NF certification for a long time. However, this is no longer necessary since the end of 2019.

By the way: According to a study by the ADAC, France is the fourth cheapest camping country in Europe. Two adults with one child pay an average of 36.55 € for an overnight stay on a campsite, including the pitch and ancillary costs.

The fact that French people eat a lot of baguettes and cheese is well known and nobody is surprised. Also, you may have already heard at school or read somewhere that it is the largest country in the EU in terms of area. But do you know how long it takes to see all the artworks in the Louvre? Or how dangerous oysters can be? You'll find the answers in our facts about France.

Fact #1 - Louvre
If you look at every artwork in the Louvre for just ten seconds, you'll still need 97 hours to see everything. It houses a total of 35.000 works of art.

Fact #2 - Roundabout
In France, there are around 30.000 roundabouts, many of which are decorated with sculptures, or similar works of art. A world record, by the way.

Fact #4 - Traffic signs
Without some street signs, chaos would break out on the street, but the Parisians do without one important sign. Since 2012 there are no more stop signs in Paris.

Fact #5 - Pigeons in the army
As the only army in Europe, the French still use carrier pigeons. About 150 pigeons are stationed in Mont Valérien near Paris. They are used for communication in the event of a disaster.

Fact #6 - Short and concise
The municipality with the shortest name in the world is located in France in the Somme-Départment. How long is it? It consists of one letter, Y. And the inhabitants? Of course, they are called Ypsilons.

Fact #7 - Who wants to enjoy must suffer
The most popular delicacy in France is oysters. On average, about 2,000 French people injure themselves so badly every year that they need medical attention.

Fact #8 - Champagne
The French like some luxury. They drink over 180 million bottles of champagne a year. This is a world record and accounts for more than half of the world's champagne consumption.

Fact #9 - The land of love
Many people associate France with love, but the French go further than you think. In France, it is legally allowed to marry a dead person. Very bizarre but true.

Fact #10 - One for all and all for one
Parisians like to travel black on public transport. So much so that a large community has formed that pays into one pot to pay any fines from it.